Azerbaijan Interview: Without a DIMMER ? ! 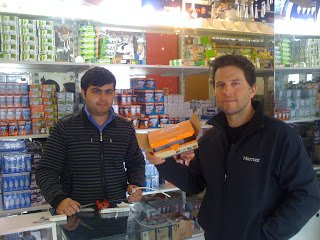 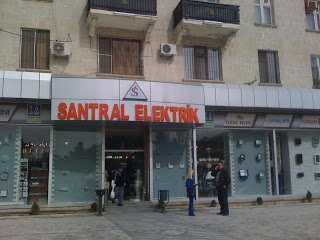 Coming to Baku to film a short documentary meant checking to make sure that anything I plug in doesn’t blow up like a firecracker. I brought an Arri 1000k light for interviews, which runs on both the USA’s 120 volt and the 220 in Azerbaijan. All I had to do was buy a 220 lamp from B&H, which I did. I got 4 plug adapters so I could charge my various batteries, phone, computer, etc, and I was good to go . . or so I thought! Hours before my departure, I realized my dimmer only ran on 120 volt. . . . So began a hunt, as I was taxied around town by my implacable driver, Jarulla. We soon strike gold at Santral Electrik, a halogen dimmer rated up to 2k watts. Fortunately, the guy behind the counter, my new hero Ceyhun, was not only an able salesman, but a quick electrician, who rewired the thing, transforming it from a home wall dimmer to a mobile video-production dimmer . . . There I was, good to go for interview set-ups. Thanks to Ceyhun!