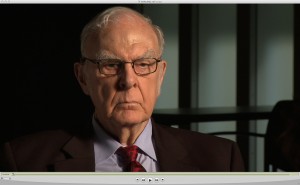 I was all set to write something today about how we just got our 400,000th fan on the Shattered Sky FB page, before our film festival premiere later this month, when a friend sent the Washington Post obit for Dr. Sherwood Rowland, chemist and Nobel laureate, who passed away over the weekend.

When I first met Dr. Rowland in 2007, he was already 33 years removed from the defining discovery of his career — that chlorofluorocarbons contribute to ozone depletion.

I remember how nervous I was before our interview at UC Irvine. Here was one of the most renowned atmospheric chemists in history. What if he and his doctoral student Mario Molina (co-Nobel Laureate) had never made the discovery? What if the ozone hole had kept growing? Would skin cancer be a much more serious threat today? Would crops and fisheries be suffering? What about our health and environment today if Rowland and Molina simply hadn’t done the work?

I recall how tall he was and how my hand disappeared in his as we greeted each other. Something from his bio jumped to my mind, and I mentioned it: that he’d been named the MVP in the AAU Chicago city basketball championship game in 1949. Dr. Rowland smiled and relayed some stories. Our interview got off to a good start.

The enclosed photo is a screen shot from a 2009 interview for Shattered Sky, my new documentary that compares the ozone crisis with climate change. I literally couldn’t have made the film without Dr. Rowland, who gave Dan Evans and me full access to his archives, going back four decades.

Dr. Rowland was the rare scientist in the 1970s who spoke forcefully for political action. He set a strong example that a scientist’s role didn’t end at the laboratory door, which paved the way for other strong scientists to speak out, including some in our film.

As Shattered Sky premieres later this month (and we announce an exciting nationwide educational partnership), a new generation will learn not only about Dr. Rowland’s discovery, but also about America’s success in solving the ozone crisis. My hope is that the story inspires us all to take action on climate change, because it’s the smart and right thing to do now for our energy, economy, and environment.