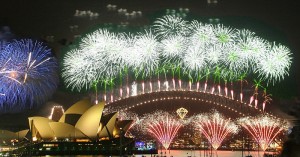 Really excited for 2013. Bench to Bedside, the new TV series that I’ve been DPing and editing for the past two years, was acquired by Australia Broadcasting Corporation for global distribution. Not sure what channel will see the program domestically. “The other” ABC seems to be one of the biggest players in the Pacific Rim, so interested to see what they’ll do with it.

Some fun shoots I’ve done lately include an interview Friday with World Champion figure skater Kimmie Meissner. For an elite athlete, she was really down-to-earth. The shoot posed its own unique challenges, as I found myself setting up lights and c-stands on ice. This was for a TV series distributed by Fox called The Real Winning Edge. I learned that Meissner co-founded the Cool Kids Campaign, an organization for kids with cancer. And she told me she’s going to NYC next week to do a show with Barry Manilow. So, will Barry be on ice skates?

Saturday night, I found myself stifling an urge to laugh. Not because I’m a killjoy, but because I didn’t want to shake my shot! At DC’s historic Lincoln Theater (within nose-shot of Ben Chili’s Bowl!), I was helping out old friend Chris Billing on his latest documentary. I followed Atlanta-based comedian Small Fire verité-style (Small Fire’s YouTube channel): to her green room, backstage, joking with the band while waiting in the wings, and finally on stage for a 40-minute set that had a SRO-crowd hooting and hollering. Small Fire riffed on her upbringing in the church (which I could identify with), although her church sounded a lot more fun than mine did!