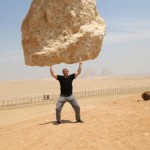 Egypt, for me at least, is not one of those places you can parachute in and feel at home. It’s intense, with its own pronounced contours and customs.

A Washington, DC-based organization hired me to go to Cairo and film for four days. As DP and director, I’d pick up a unit producer and driver in country, (When I’m back home, I’ll write and edit a short documentary film).

Here’s a 1-minute clip from some stuff I shot on day 3 on a nature preserve. Check out the underwater clips!

Day 1 starts early. After a couple interviews, it gets fun. Khalil runs the agribusiness unit of a large company, so I decide to put us on motorbikes, winding through the vineyards on the way to his staff. Anytime you can ride on the back of a motorcycle, filming, and get paid for it, it’s good times . . . What a blast! Here’s a quick clip:

I decide to do Khalil’s interview in the greenhouse, since it’s quieter and there’s some shade. I get set up, using my Litepanel LED, then wait a bit until the golden hour is just right. Here’s a still (no color grading): 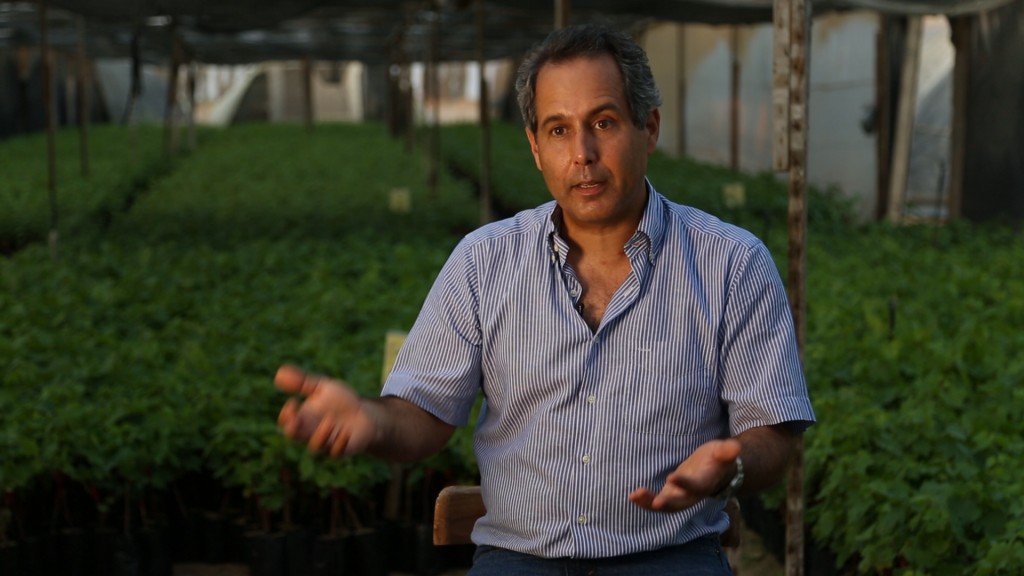 Anytime I can complete three interviews and some creative b-roll on day 1 in a new country, it feels great. This rosy feeling of accomplishment takes a hit, however, when my “unit producer” informs me she needs to “spend some time in the office” on day 2. She’ll be leaving me with the driver for beauty shots Tuesday around Cairo.

Anytime you can ride on the back of a motorcycle, filming, and get paid for it, it’s good times . . . What a blast!

This is well and good, except I speak no Arabic and Ahmed, my driver, speaks about 57 words of English.

After a lengthy argument, my unit producer relents—only to call at 10:30pm. She’s not coming; driver to pick me up at 7am.

I feel abandoned, but there’s work to be done. This is what it’s like to be an independent documentary filmmaker — you move forward, you solve problems, you do it all: shoot, run audio, direct . . . and I was ready to learn some Arabic along the way!

The next morning, Ahmed and I head to the pyramids. Without a unit producer, I wing it. Fortunately, Ahmed knows a guy who knows a guy. Because it is virtually impossible (and prohibitively expensive) to bring film equipment in the main tourist gate, I should get a horse and go around back where I can film the pyramids from a hilltop in the desert.

Good plan, right? Except the stable owner tries to get me to name the first price. Having lived in Cameroon—where people approach haggling with the vigor of Olympic athletes—I knew enough to wait.

“2,400 Egyptian pounds,” he offers. I laugh out loud. Stable owner wants $350. The next 20 minutes is a legendary back-and-forth where I feign disinterest, act like I’m walking away, and eventually settle on about $64. I immediately have this sinking feeling in my stomach that I could have gotten it for much cheaper, but I can’t haggle the whole day. I have a job to do.

A fence encircles the entire Giza pyramid area. It is reportedly 22 kilometers long. It probably helps the state capture more tourist dollars, because everybody has to enter the main gate, paying some 60 pounds.

Skirting the pyramid fence from the slum side is a start contrast. Dilapidated storefronts advertise horse tours or all-terrain vehicles. I pass a dead horse, a cemetery. Then we enter the desert:

My guide, Ali, complains how tourism is way down since the revolution. He has a winning smile, and fortunately for me, a background in TV. When we finally reach the distant hilltop, and I capture the footage I want, Ali takes my camera and directs me with the confidence of a commercial director: 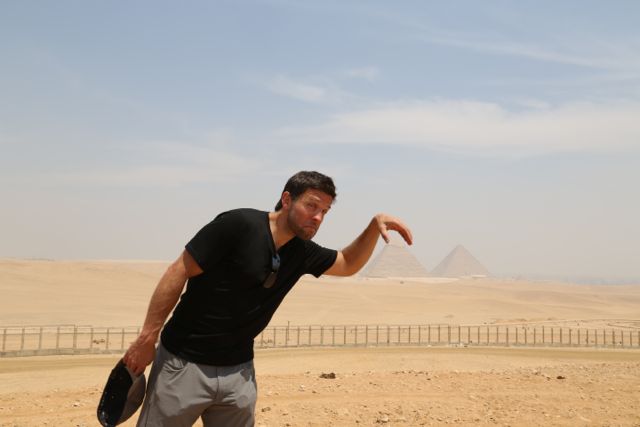 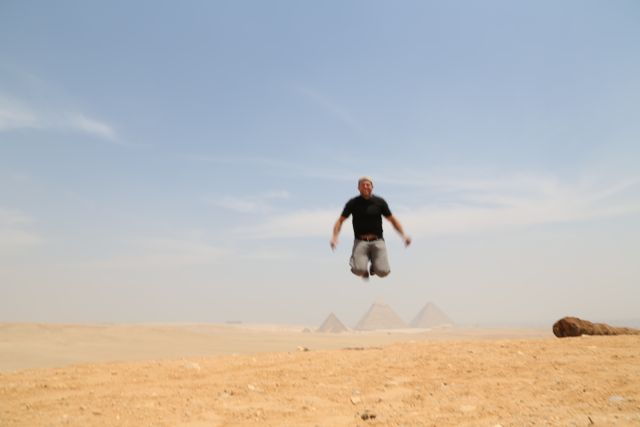 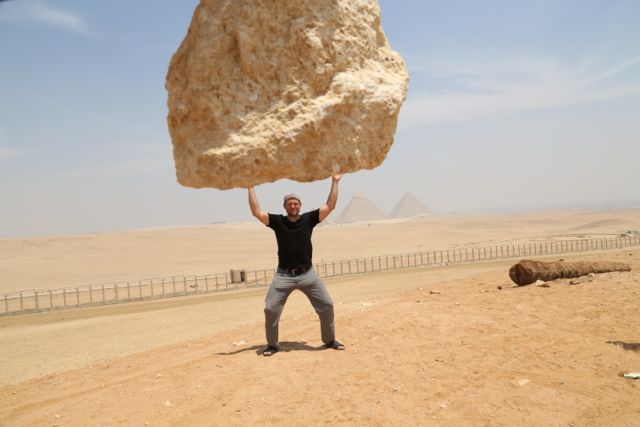 What saves the rest of day 2 is Ahmed, the driver. Every time I want to get out of the van and film, he makes it happen. Alternately, he charms security guards, tips people to watch our van, and finagles our way behind locked gates. Thank you Ahmed! You are a lifesaver.

At Muhammad Ali Mosque at sunset, Ahmed and I capture a stunning silhouette of this historic building:

Day 3 promises adventure. We’re accompanying the CEO of the company to an innovative pilot project where they’re raising seabass in a saline lake, Al Fayyum. The drive is only 150 kilometers, but because we start in central Cairo, it takes four hours.

Despite the 95-degree heat, this is my favorite day. Any time you can film on a wooden rowboat and underwater with a GoPro on a monopod, it’s cool. The clip posted up top is from this day.

The rest of the afternoon we take our time heading back to Cairo. At golden hour, we come across a family harvesting wheat. While my unit producer (back with us today) stays in the van on her phone, Ahmed jumps out with me. He spreads some small tips around to the grandfather and the children just to say “thanks,” as I film the family in action:

We continue down a rural road. The light is so nice, I jump out. Soon, outgoing young men gather around. They’re curious. Ahmed explains what I’m up to, and they enjoy hamming it up for the camera:

Day 4, I do an interview, spend some time with the company, and then spend an afternoon getting broll around the city. At sunset, Ahmed invites me for “koshari.” It’s yummy, and a fitting end to an intense week.

Because my flight departs at 4:35am, I awake at 1am, and Ahmed picks me up at 1:30. What we don’t count on is a big accident on a bridge, and I’m dangerously close to missing my flight. We’re going nowhere. And what’s not helping is a sea of gawkers who arrive on motorbikes, park them on the only functioning lane, and start directing traffic of their own accord. Where’s the police? Where’s emergency services?  . . . At a snail’s pace, we creep forward to the scene, which has the vibe of a democracy demonstration more than a traffic accident. At that moment, Ahmed spies an opening. An ambulance breaks free from the scrum. Ahmed reacts. We are hot on its tail, and race through the city at breakneck speed.

I make my flight! And head back to Washington, D.C. Thanks my friend . . .