Home » Blog » Solar, Kiva, and How to Change the World

Solar, Kiva, and How to Change the World 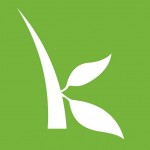 I went to my 20th college reunion last weekend at Rhodes College in Memphis, Tennessee. It was insanely entertaining catching up with people, most of whom I hadn’t seen in two decades. Writing “two decades” just made my fingers tremor. How am I old enough to be 20 years removed from anything—much less, you know, a college graduation?

Anyway. Wandering through the hallways of Townsend with James and Courtney was particularly nostalgic. But beyond the material memories (that paintings, those couches, the still un-tuned piano) I was attentive to an existential difference—back then, I lived a blessed non-linearity, characterized by marathon debates and the expanded sense of possibilities that youth conveys.

In this very common room, I defended the existence of God in a late-night debate against a guy named Graham (he was pretty damn smart; he won). That table over there was where I studied for my favorite class, “Hunger, Plenty, and Justice.”

We knew we could change the world.

Back in DC yesterday, I found an email from Kiva telling me I had $148 in available credit. I haven’t done much on Kiva for a while and it got me thinking again about changing the world.

Kiva is a San Francisco-based nonprofit that connects people through lending to alleviate poverty. Since it was founded in 2005, more than a million people have lent almost a half billion dollars in 73 countries. They have a 99.03% repayment rate.

In the spirit of college-worthy debate, I challenge you, faithful reader, to name a single development innovation that, if spread worldwide, could do more than distributed solar to raise the living standards of the poorest of the poor.

A few years ago, I became disillusioned because I saw a lot of people lending for stupid reasons—so somebody could open a bar or the like. Nothing innovative. Nothing the local market wasn’t already supporting.

So after complaining a bit, I created a Kiva team called “Solar Explosion.” This was while I was directing a documentary about climate change, and I got really excited about the potential of distributed solar power. It could leapfrog the rural poor in the developing world out of abject poverty.

On the “Solar Explosion” team page I wrote: “1.5 billion people still lack electricity. Only a global solar explosion can change that and end poverty.”

And in the spot where you write “About us,” I put: “We know if you really want to fight poverty, you start with distributed renewable power – harnessing the sun in your own backyard! Micro-solar technology already exists that can transform people’s lives. The problem is that banks are only financing the old model: centralized power stations and expensive transmission grids. We lend to inspire awareness, so microfinance does more and more solar financing projects. Our goal is a solar explosion! Join us today!”

In summary: small-scale solar technology exists, but the financing doesn’t. It’s gonna take tailored models in different countries so poor people can do solar power in their own backyards and pay it off over time.

In the spirit of college-worthy debate, I challenge you, faithful reader, to name a single development innovation that, if spread worldwide, could do more than distributed solar to raise the living standards of the poorest of the poor.

With electricity, children study more, get smarter, and perhaps get better jobs; family members are more productive, perhaps doing small businesses from home. And everybody is connected to the outside world, by simply plugging in a TV or charging a cell phone.

At the end of the day, there are tons of people who know way more than I do about distributed solar, about solar financing, and what the bottlenecks are. And perhaps Kiva’s not the best way to jumpstart this.

But it’s one way.