If you’re a butcher, don’t open up shop in Ethiopia—the country is fasting.

For most, this means not eating meat or dairy. They fast for Lent, which seems to go on longer than normal. And people fast Fridays. And Wednesdays. And yes, there are other prophets, and people fast for them too.

I’m no a food critic. I’m a documentary filmmaker and I run Dorst MediaWorks. We make videos for international development organizations. This time, I’m here to make videos for USAID projects.

It’s my first day in Addis Ababa, and the fasting explains why my unit producer, Addis Alemayehou, is angry.

Or maybe that’s because he picked this week to quit smoking.

In any case, Addis (the man, not the city) looks like he can take it, so I rub it in: “This injera with spicy beef is pretty darn good,” I grin, still baffled that meat is literally off the table 200 days a year. 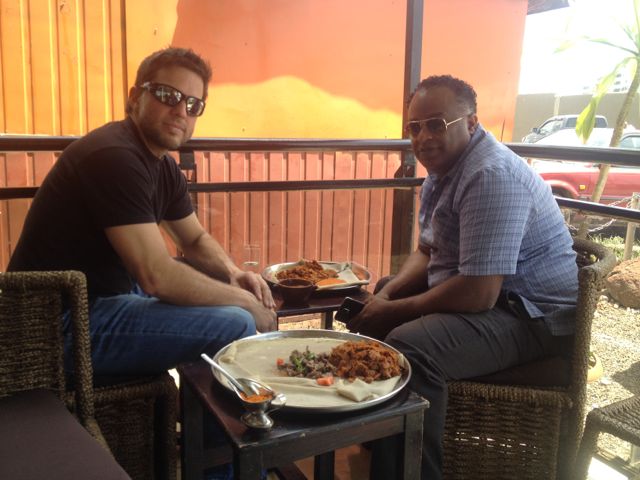 Addis heads 251 Communications, a local PR and business facilitation outfit that’s riding the crest of Ethiopia’s economic boom. He’s also the former Chief of Party of a successful USAID project (I’m here to tell the story of how it made a difference). Addis grew up in Canada, is whip smart, and seems like the perfect bridge for a dynamic Ethiopia looking to nail down new markets.

During the next five days, I film different entrepreneurs and their businesses. They’re in different sectors—apparel, shoes, handicrafts, tourism—but all have benefited from USAID support, mostly in the form of technical advice to improve their production processes and “export-readiness,” as well as trips to U.S. trade shows. As a result, they’ve increased exports to the U.S., grown their revenue, and hired more people. My client is IESC.

The second night, Addis takes me to Yod Abyssinia, which is part restaurant, part cabaret. I join a gaggle of expats and friends who are enjoying local music and dance. In what is swiftly becoming a trend, I eat more injera. I try Meta beer.

Meta is supposedly the upscale beer, but I prefer St. George. It’s an unassuming light lager, like 90% of beers in Africa. The way it slays your thirst after a bite of injera and spicy beef is like a Miller Lite washing down a Ben’s Chili dog at Nats Stadium on a sweltering DC afternoon. It quenches, it doesn’t inebriate (suffice it to say, I’m not a fan of this rating of Ethiopian beers).

The next morning, I film another business. Sara is an ambitious entrepreneur who’s taken her company from a domestic firm with seven employees to a 300-person firm that supplies the Gap. Here’s the final video on that one:

My driver is the genial Kirubel Melaku, and his van I dub “Big Red.” It looks like somebody dipped Scooby Doo’s Mystery Machine in a red bath. It sports red carpet on the ceilings. Need I say more? 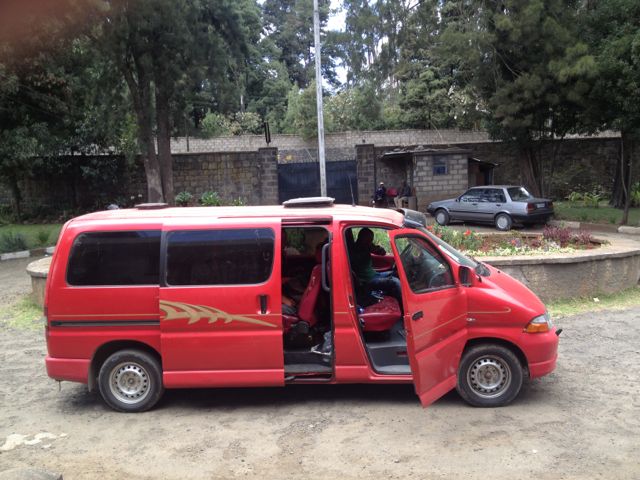 Outside of Addis, the country gets poor and hardscrabble pretty fast. It’s the dry season, and dust whips across fields and covers the highway. A pack of gaunt horses assembles on the highway median, inches from speeding vehicles—it’s the only place with wind, explains Kirubel, so bugs bother the horses less.

“Ameseginalehugn,” is the byzantine six-syllable expression for thanks. My breakthrough is this: its iambic pentameter is strangely analogous to how I learned to say “Hello” in Hungarian: Jó napot kívánok. Six syllables each, same rhythm.

We fit in an afternoon of b-roll footage, and I find myself shooting in Trinity Church. There, in all my beady-eyes reverence, I’m at the grave of His Imperial Majesty Haile Selassie I, Conquering Lion of the Tribe of Judah, King of Kings of Ethiopia, Elect of God. 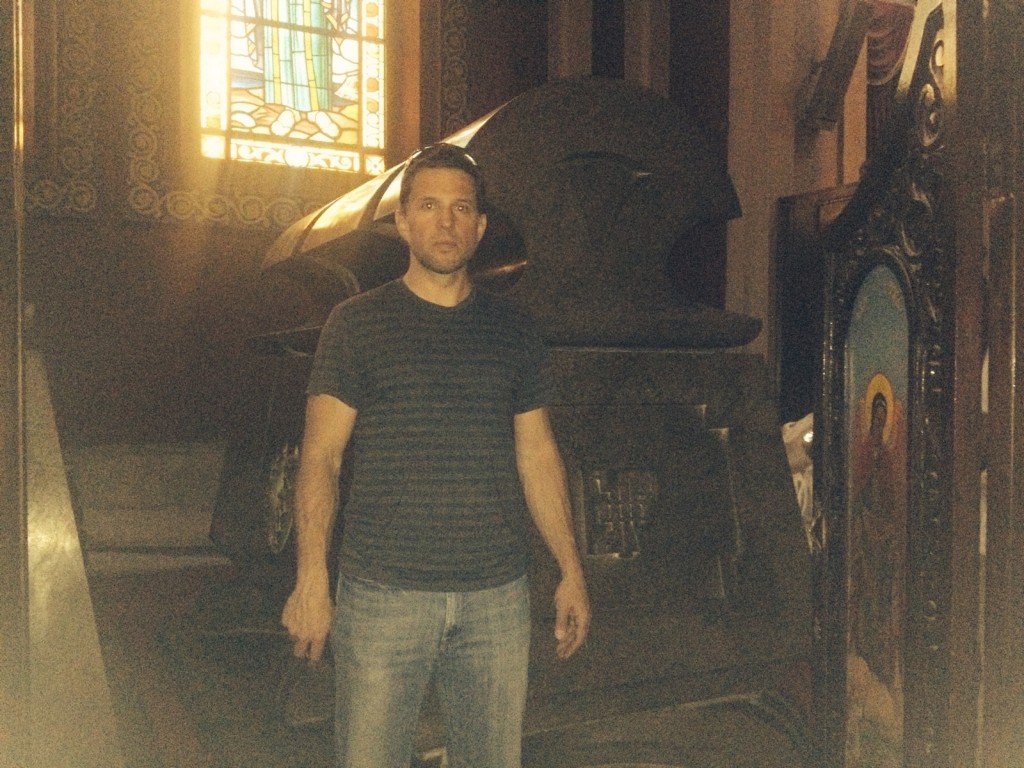 Lots of buildings are going up. Outside the city, there are scores of roadside scaffolding shops. Long, young denuded trees are stacked and bundled, ready for transport to urban construction sites, where workers will scale the fragile trellises. My only thought is that if Ethiopia doesn’t stop using trees for scaffolding soon, there won’t be a tree left in the country.

Last year, Kiru drove Bono around when he visited Ethiopia, and he shows me pictures. Cool! Another European passenger downloaded the Billboard Top 100 on Kiru’s phone. That explains why, as we crawl through bumper-to-bumper traffic, I put Pharrell’s Get Lucky on loop. Somehow, it fits.

The Chinese are everywhere. The largest shoe factory, the largest steel factory, building the largest highway—trucks and motorcycles and phones. I wonder if the Chinese write stuff about us on their blogs: 美国人到处都是。最大的汉堡包特许经营店，含糖的可乐类饮料，最糟糕的不合身的运动服。和美国的游客大声，脂肪和忘却。

By the third day, I realize I can’t say a single word in Amharic. It’s not for lack of trying, but honestly, it’s incredibly opaque. No cognates, nothing to hang on to! The whole day I’m trying to learn something, but it goes in one ear and out the other.

Suddenly, I have the most bizarre synapse and am saying “thank you” without a hitch. “Ameseginalehugn,” is the byzantine six-syllable expression for thanks. My breakthrough is this: its iambic pentameter is strangely analogous to how I learned to say “Hello” in Hungarian: Jó napot kívánok. Six syllables each, same rhythm. It’s odd, but it works!

All in all, the people I meet are bright and friendly. And especially going there on the heels of a film trip to locked-down Kabul, Addis is literally a breath of cultural fresh air!

Finally, no dispatch from Addis Ababa would be complete without a knock-down drag-out darts competition with a dozen locals at a German pub:

Darts, dance, beer, injera. A couple new friends and a dynamic city. Despite the fasting, I’m all ready to go back!