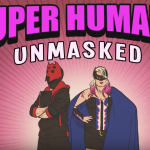 In December, Doug Gritzmacher and I joined Producer T.J. Cooney for a few days in San Francisco to film a bunch of adults that dress up as superheroes.

It was one of our first projects under the banner of Z-Channel Films, our new company. Doug and I have been collaborating off and on for years, and we’ve finally decided to take the plunge and work together in this new initiative (more on our motivation and background).

As for the superheroes, I was skeptical. What was the catch? Were they Comicon junkies living out a suspended adolescence? Or bored middle-agers with aspirations to be cast in Kick-Ass 3?

As soon as I met Roxanne Cai, however, I got an immediate appreciation for her commitment and true motivation.

Since Roxanne founded the California branch of The Initiative, she’s led efforts to pick up used drug needles around the Mission District. Not just once in a while. But every week for four years. At last count: about 200 trips and about 7,000 needles off the streets.

That’s not all. About once a month, the group hosts a pop-up Street Boutique. They dress up as superheroes for fun and to attract attention to their good deeds. Then they hang up all the clothes on mobile racks so people can consider options in a dignified manner.

Meanwhile, Roxanne’s story is getting some interest on Facebook, with about 1.7 million views.

Way to go Roxanne! If we all followed your inspiring lead in the community, there’d be a lot less pain and suffering.