I’m a lucky man. Yesterday, I got to talk about my two passions–documentary filmmaking and international development–as one of four panelists at the Society for International Development’s (SID) “Storytelling with Data” event in Washington, D.C.

SID’s DC chapter aims to be a “global town square” by convening development professionals from across the spectrum. Since I make videos for international development organizations, they invited me.

I kicked things off by asking people about their favorite documentaries, just to signal that my talk would be interactive (People mentioned the documentaries of Jeff Orlowski, Jenifer Siebel Newsom, and Michael Moore).

Then I showed them the Dorst MediaWorks reel. I wanted us all on the same page about what I do: documentary-style videos, with a focus on beneficiaries whose lives are improving–who most often tell the story through their own voices.

After we watched the reel, I wanted people to walk a mile in my shoes. What’s my approach to telling stories?

So I introduced a USAID project, Lebanese Investment in Microfinance (LIM), that I was hired to produce some videos for.

When the Sky’s the Limit, Where’s Your Story Start?

In five years, LIM awarded about $10 million in grants to nine microfinance partners in Lebanon, who then made 14,000 micro-loans totaling more than $30 million to thousands of rural entrepreneurs across the country.

“So, if you’re in Lebanon to tell this story, where do you start?” I asked. I paused. Nothing. Talk about drowning in data! 14,000 loans?

“What do you film? Where do you start?” I smiled. And waited…

If you remember one thing, take this with you: In your storytelling, first establish the person and passion, then the problem. Otherwise, nobody cares.

And then people began lobbing up ideas. “Successes and failures of the project,” one man offered. “Challenges the entrepreneurs faced,” said a woman up front. “Lives changed,” shouted somebody from the back.

Yes! For me, telling the Lebanese microfinance story meant that I needed to identify individuals who struggled against great odds and succeeded. I wanted to tell a character-based story that would show the benefits of the LIM program.

I spoke with Beirut-based program officers for IESC, USAID’s implementer. They helped me identify some possibilities and we narrowed it down from there.

We watched the first minute of Rabih’s Fishing Business together. I wanted people to see how I approached the storytelling.

“What did you notice about the first minute of the video?” I asked.

One guy up front piped up immediately: “There’s nothing about microfinance or the project at all in the first minute.”

Then, we talked about two important storytelling pillars that often get lost when people make videos showing the good work of international organizations: The primacy of the visual and the importance of a hero’s quest.

I read somewhere that when we watch videos, what we remember is 80% visual.

Think about it: so many videomakers labor endlessly on crafting just the right narration or interview sound bites, but then fail to exercise such care when their editor slaps up some moderately relevant b-roll footage (a term I hate by the way).

As a result, viewers respond a thousand different ways, jumping to whatever vague or unrelated connotations these visuals inspire.

Or even worse, explainer videos or descendants of the (once innovative) Girl Effect require viewers to read, read, read like they’re at a PowerPoint convention.

And that’s why so many short videos, particularly those cobbled together — without strong visual stories — make no impact. They are a waste of time and resources.

So back to Rabih. Who is he? Rabih is a fisherman who’s having trouble making ends meet, because he doesn’t own a boat and has to pay a lot to rent one. He gets a loan to buy a boat, then increases his income, which helps his family.

There were a lot of ideas from the extended project team about what I should shoot to tell this story: the microfinance institution, the training conferences that the microfinance lenders attended, and even the association of microfinance organizations that the project established.

I wanted a hero shot of Rabih and his boat to start the film. And that’s what I got.

For the first 10 seconds, there are no words. This is by design. 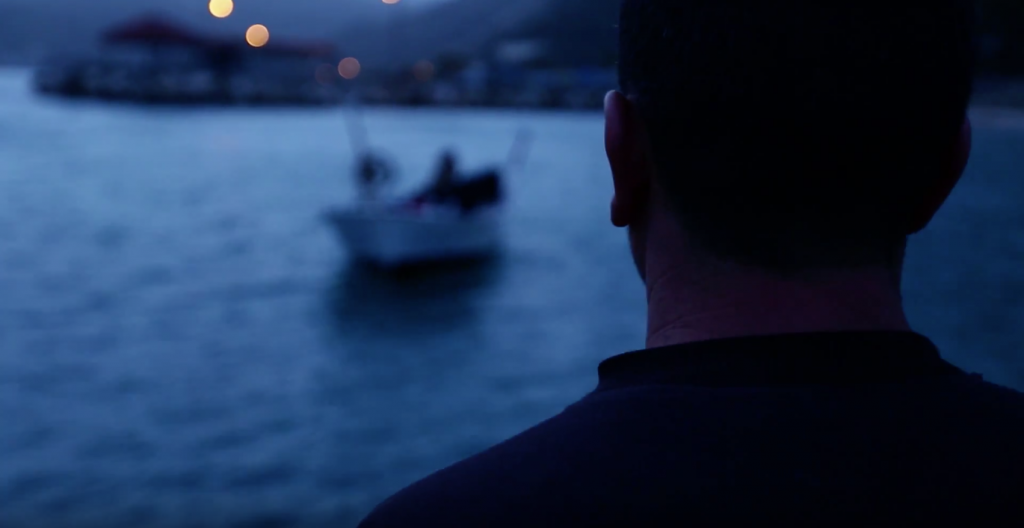 My opening here is a poor-man’s version of the kind of thing Alejandro Innárritu achieves to great effect in The Revenant. In one of these long takes, Director of Photography Emmanuel Lubezki follows Hugh Glass (played by Leonardo DiCaprio) into a natural cave, into the water, with the camera floating around him, gradually revealing his surroundings, a frightening perspective.  (See the New York Times Anatomy of a Scene)

If I was making a feature with Rabih, I’d choreograph his departure to play out in one take. But this is low-budget documentary-style video and Rabih really is fishing and he’s in a hurry. So, I started behind Rabih’s head to get his point of view, so the viewer could inhabit his world, if only for a moment.

When I’m editing, I like to turn down the volume and see if the video is telling the story visually. That’s the ultimate test. This opening passes that test.

We connect with people with authentic passion.

I didn’t understand a word of Rabih’s interview, because it was in Arabic. But when I got the translated transcript a few days after meeting him, I absolutely loved what he said: “Since I was 10 years old, I’ve been a son of the sea … I saw fishermen and discovered my passion.”

These words vibed 100% with the commitment, agency, and persistence that I witnessed through my camera lens.

Who’s not immediately intrigued by an individual who is so passionate about what they do?

Then the whammy. A text block: “Today, Rabih will pay more than half his earnings to the boat owner.”

This is a BIG problem in need of a solution.

Voila! This explains why USAID established the microfinance project in the first place.

If you remember one thing, take this with you: In your storytelling, first establish the person and passion, then the problem. Otherwise, nobody cares.

Viewers can try to care. We all try to care about issues and their resolution. Rural poverty in Lebanon is an important issue. Yes.

But here, in a minute, is the power of story. The sort that goes straight to the heart, not the head.

We meet Rabih pre-dawn. We join him on his boat and learn of his lifelong passion to be a successful fisherman. We don’t have to try to care. We care, instinctively. Call it empathy. But its the storytelling gene built into us, refined over millennia.

As a result,  we’re invested in a solution.

As the video unfolds, we meet Rabih’s microfinance loan officer and Rabih’s family. We see Rabih sell his fish at the market. His world gets a big bigger and we understand it a bit more. By the end, as Rabih is tidying up his boat at dusk, we learn that his dream is to buy a larger boat and grow his business.

His life is improving and the USAID project is part of it.

This is the hope and the promise of international development. Rabih embodies this success story. Strong visuals and Rabih’s passionate quest to succeed help us care.

Also on the Panel …

Dani Clark works in communications at the World Bank. Turns out Dani also blogs at Medium, where she’s currently writing a gripping true-crime serial about a Texas man on death row. I started the first one last night and couldn’t stop until I’d read them all.

Kunle Badmus owns Kowree, a start-up technology firm aimed at helping African governments and businesses access opinions of their citizens and customers. Its’ true innovation is simplifying the feedback loop for improved communications and performance.

Allen Carrol gave a riveting introduction to Story Maps, a browser-based interactive storytelling platform that lets you combine authoritative maps with narrative text, images, and multimedia content. For a visual person like me—who’s always looking for new and better ways to distribute video—I’m excited about the insane potential of Story Maps and can’t wait to start using it.

Thanks to Kenlee Ray and Riccardo de Marchi Trevisan for organizing the event (check out the Society for International Development’s DC chapter on Facebook). Stimulating event. Good times.