Philip Glass fans, apologies in advance, but his score just ruined a movie that could’ve been great.

Arriving at the Palm Springs Film Fest on Friday, I was eager to watch Jane, director Brett Morgen’s new biopic on the legendary primatologist and conservationist. It promised new insights into her revolutionary work in 1960s Gombe, Tanzania through 100 hours of newly rediscovered Super-8 footage (misplaced for a half-century in some dusty Nat Geo closet?!) And not just any footage—stuff shot by Ms. Goodall’s former husband, the renowned wildlife cinematographer Hugo van Lawick.

Morgen does an incredible job with what I imagine was exceedingly difficult footage. Super 8 doesn’t have an audio track, but you wouldn’t know it from watching the picture. Every whisper of wind; every action by every chimp—from David Graybeard to Flint—seems natural and keeps you in the moment. Kudos to the entire sound department! 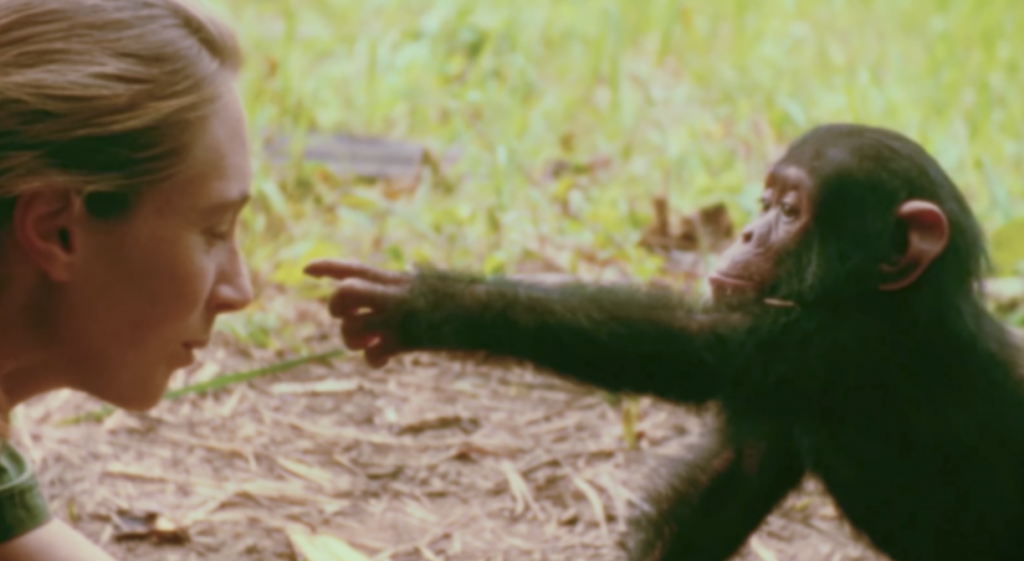 The director really draws out Ms. Goodall, who is a tough interview. I know, because I’ve worked with her several times (I write about the experience here and here).

Morgen’s stylistic decision to light Ms. Goodall’s interview to match the film’s passage of time is incredibly daring. It reveals an intense preparation: he knows where in the film he’ll use her answers before he poses the questions! When you watch the film, the interview space is bright early in the film, but dark toward the end. Wow!

And the visual effects that jazz up Ms. Goodall’s journals are astonishingly well done. The animations—staccato visions of her research—suggest persistence and knowledge accumulating. During these montage segments, Glass’ music works well, because it propels the the animations forward. It’s not competing with human reflection or emotion. Great FX job by Stefan Nadelman!

Going in, I was keen to hear the Glass score. I’ve been a big fan of his since Errol Morris’ 2003 The Fog of War: Eleven Lessons from the Life of Robert S. McNamara. In fact, that soundtrack was one of my inspirations for the music in my 2012 film Shattered Sky, composed by the talented Steve Steckler.

But a big difference is that The Fog of War is more cerebral, a film of ideas. The disjointed visuals really benefit from the cohesiveness of a dominant soundtrack. 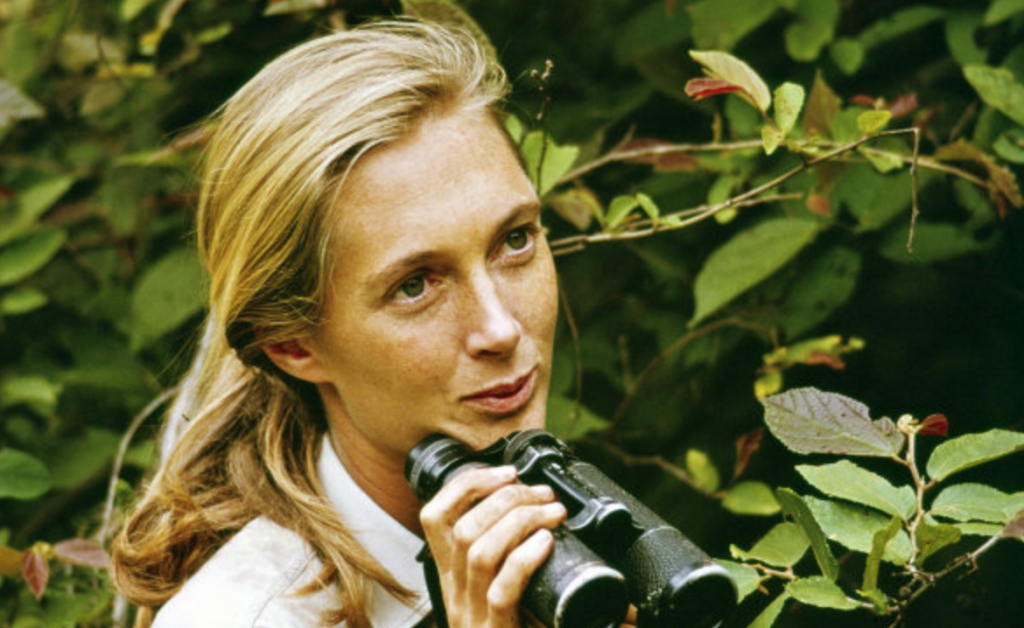 Alternatively, Jane has a strong protagonist who is in the frame driving the action. She’s on an unforgettable quest. Van Lawick’s cinematography transports you to the pinprick of emotion. All of this creates a strong sense of character, time, and place—the foundation of a potentially powerful documentary.

It is premature. Rigidly metronomic, an orchestra of strings plopped down right there in the middle of the forest in 1960’s Tanzania, the music highjacks the story.

Glass’ score, for me, is excessively masculine, and relentlessly propulsive. Does The Fog of War music fit Robert McNamara? Yes. But that’s because he’s a hard-charging, ambitious business executive and Secretary of Defense. He’s caught in a political machine and the music’s repetitive structure mimics McNamara’s foolhardy forward-press during the Vietnam War.

But Jane couldn’t be more different. Admittedly, Ms. Goodall is an icon, and maybe that’s why National Geographic drew Glass into the project. One icon to shed light on another.

But this film chronicles Ms. Goodall’s first days, when she is an unknown. She is brave yet vulnerable, and she’s afraid her approach will not work.

Glass’ music belies that uncertainty. The music’s early peak precedes Ms. Goodall’s success, which feels manipulative. The confident fullness of the orchestration seems inconsistent with her solitary project during these early stages. And the surety of the repetitive structure betrays her slow progress.

Morgen is one of the best documentary storytellers out there working today. I just wish he would’ve let Ms. Goodall, the chimpanzees, and the Tanzanian landscape sustain the story. It would’ve been a better movie for it.