Sundance is even better than I anticipated. I watched nine documentaries in three days, met a hero of mine, braved the cold, boxed for photos, and soaked up Main Street life in the snow.

I arrived Tuesday excited. Sundance is, after all, atop the pantheon of North American film festivals for documentaries, along with Tribeca, SXSW, Full Frame, New York Film Festival, True/False, and Hot Docs.

For years, I was hoping my first time would be with my own doc. Being invited to a festival with your film is awesome, because you mingle with other filmmakers and share your work with a live audience! When Volcanic Sprint played at the Jackson Hole Film Festival, it was unforgettable! And when Shattered Sky premiered at the DC Environmental Film Fest, it was the culmination of four years of passion, labor, and learning. It was epic.

But before I’m a filmmaker, I’m a huge fan of documentary, and now that I live in Los Angeles, it was just a hop over to Park City, Utah. I snapped up a cheap Jet Blue flight out of Long Beach and took an Uber to my AirBnB near downtown. 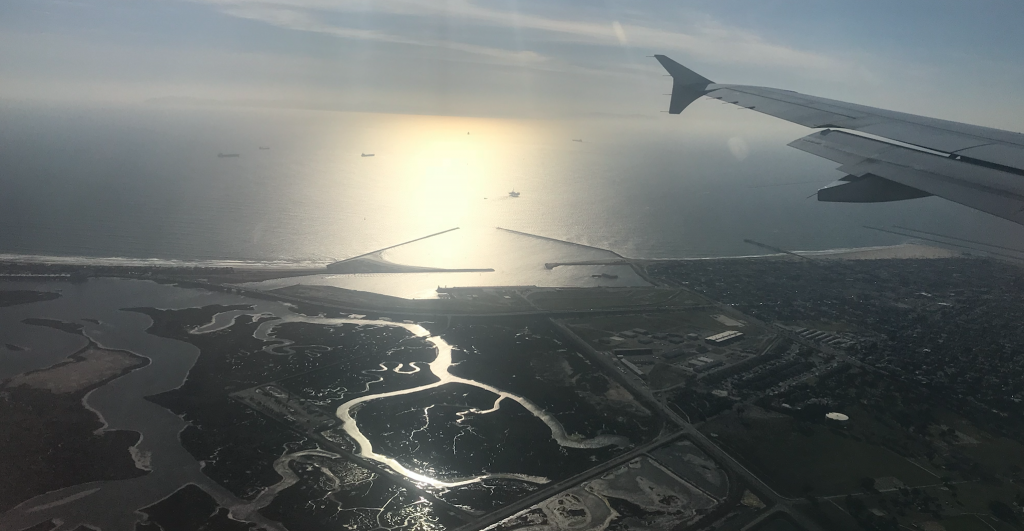 Update: Here’s Sundance winners. Now, loosely in order of how I liked them, what I watched:

Minding the Gap, directed by Bing Lui, was the first film I took in, and my favorite. I like how it evolved from a buddy movie to a mystery to an indictment of toxic masculinity. Structurally, it’s some of the best storytelling I’ve seen. Much more than a skateboarding picture, Minding the Gap has really stuck with me. Just go watch it; I can’t do it justice in words.

America to Me is Steve James’ new 10-part episodic documentary series that was acquired by Starz for $5 million during the festival. In a feat of endurance and patience—which James himself alluded to jokingly, before, during, and after the 6-hour session—we watched the first five episodes. It was stellar, and to be honest I could’ve easily stayed another five hours to watch the final five episodes! Like you’d expect from a James production (he is the director of Hoop Dreams and The Interrupters), you get strong, authentic characters navigating issues of class and race. It was a huge pleasure to talk with James afterwards. When organizers kicked us out of the theater for the next screening, he invited us all to keep chatting nearby. No trace of self-importance, James took all questions and earnestly answered. Likeable, smart guy. Legendary documentary professional. This is why I love going to festivals.

Shirkers is a one-of-a-kind entertaining documentary by Sandi Tan. It’s quirky first-person filmmaking at its best. In the early 1990s, Tan makes Singapore’s first indie flick, but then her mentor and professor steals the footage. More than 20 years later, she gets her hands on the footage again, which sends her on a journey of memory and belonging. Tan announces herself as a new voice.

Matangi/Maya/M.I.A. is the story of the global hip hop artist. It pieces together raw home movies revealing the vulnerable, ernest activist behind the famous star. I definitely would’ve liked to see more about how she became such an accomplished writer, beat-maker, and dancer, but that’s a credit to Director Steven Loveridge’s storytelling. The artist comes off as a very likable, normal person, with a big heart and a legitimate desire to help her people. I read in Billboard that M.I.A. wasn’t sure she liked the movie. Well, I like her a lot more now that I’ve seen it.

Kailash won the Sundance grand jury prize, but it wasn’t even in my top three. The issue it highlights is important (child slavery), and the film was very well done, particularly for a first-time filmmaker. But it’s hard to elevate hagiography, particularly when most of it is in the past tense. This was a solid and motivating film, but you sort of knew where it was going.

Hal celebrates the under-appreciated 1970s director Hal Ashby, who made 7 films in 9 years, including the enduring Harold and Maude, Being There, Shampoo, and others. I really enjoyed this one.

Sundance featured a slew of documentaries. They seemed to fall into three categories. First, personal stories with strong points of view: Minding the Gap and Shirkers. Second, famous people doing big things: Kailash and Hal. Third, legendary filmmakers coming back to Sundance: America to Me.

I watched nine in three days, and was in hog heaven. I’m a little ashamed that every doc in this blog I gave four out of four stars! Hey, I’m not a critic: I’m a lover of documentaries!

See you next year!