Colombia: A Story About Conflict, Crisis, Business, and Peace

When the International Monetary Fund hired Dorst MediaWorks to tell the story of its engagement with the Government in Colombia during the past decade, I was unsure how to tell it.

Sure, there was a lot of potential. Many Americans know bits and pieces beyond the drug trade: FARC guerillas had terrorized the country for a half-century, the economy was up and down, and the President just won the Nobel Peace Prize. That’s something to start with. 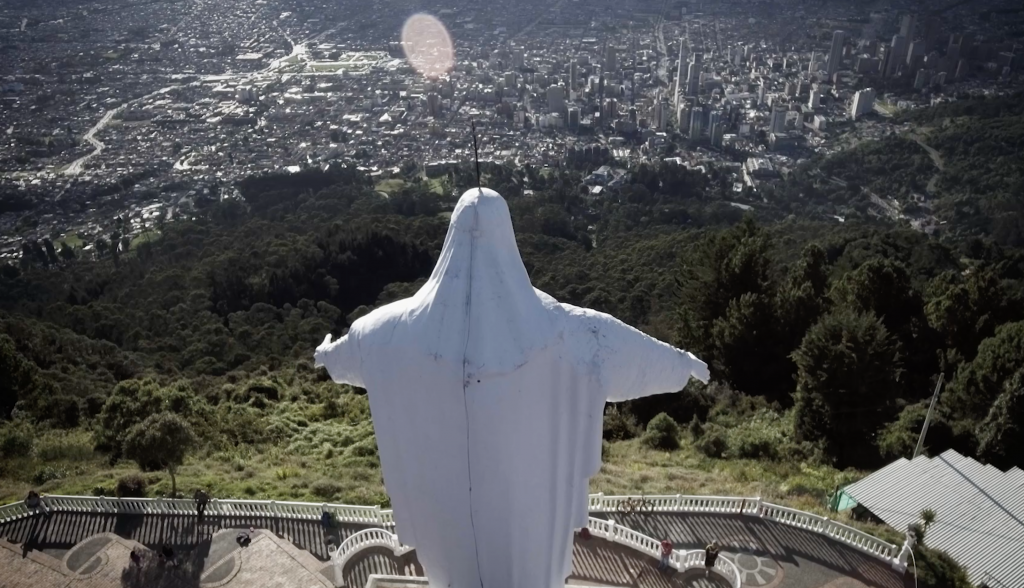 But so much of the IMF’s work is so inside baseball. And it’s only interesting to economists and policy wonks.

The good news, however, was that I got access to a diversity of smart, informed people who have been on the frontlines in Colombia: among them the Minister of Finance, Minister of Post-Conflict, Director of the Central Bank’s Board of Directors, the CEOs of Promigas and Telefonica, as well as a selection of professors and journalists.

Documentary films for an international organization

For this project, I ended up producing, directing, shooting, writing, and editing four videos, delivered in Spanish. I picked up a unit producer and interview while in country.

Some documentary videos stretch you in new ways. This one certainly did. I had never conducted a production all the way through in Spanish. That was a challenge.

And I had never done a series of videos that were so much about internal economic decisions. I chose to focus on the impacts that these decisions had – on Colombia’s stability and its ability to move forward with the peace process. I also wanted to chronicle the extent to which major public officials had relied on the IMF for sound advice during a difficult time.

The first video tells the story of Colombia’s peace plan that was cut short by an historically large oil shock and economic crisis.

Minister of Finance Cardenas turned out to be a great interview, and I used bites from him throughout the story in all four videos. He called the conflict with the FARC a kind of “handbrake on the economy” because for years, the country had to invest more in its defense and security than it wanted to, to the exclusion of infrastructure and rural development.

The Minister of Post-Conflict, Rafael Pardo spoke almost cryptically of “two years of secret talks and four years of open talks” just to get to a point where meetings were possible. I couldn’t help but thinking that a multi-episodic Netflix series about the behind-the-scene in the peace process would be awesome!

Juan Pablo Zarate, the Co-Director of the Board of Directors of the Central Bank, described the huge oil shock that hit the Colombian economy in 2014, but how the flexible exchange rate helped soften the blow. And other important figures spoke about the decisions they made to help keep the country from getting mired in a crisis, and how the IMF helped out along the way.

The second video in the series goes into more depth about how a controversial tax reform also helped reduce the effects of the crisis, and keep Colombians out of poverty.

Ricardo Avila, the Editor-in-Chief of the large daily newspaper, Portafolio, explained how 23% of the central government’s revenue “depended on oil, and that almost disappeared completely.” This was a huge number and it blew my mind. How do you fill a 23% hole in any budget?

Ana Fernanda Maiguashca, a member of the Central Bank’s Board of Directors, said the reform was “tremendously important for the long-term sustainability of the Colombian economy.”

Peace is Good for Business

As a result of the quick reactions, the government was able to escape the worst of the economic crisis and move forward with the peace process.

The third video in the series opens with footage from the Nobel Prize Committee awarding Colombian President Juan Manuel Santos the 2016 Peace Prize.

At this point of the narrative, I turn to more voices from the private sector. Antonio Celia, the CEO of Promigas, turned out to be a jovial, whip-smart leader of the largest natural gas company in the country. He spoke at length about the pain and suffering inflicted by the FARC, which I’ll never forget. But he also spoke about the importance of extending opportunity, perhaps for the first time, to poor rural areas: “Peace is good for business, and business is good for peace.”

To show the impacts of the new opening, I chose to film in Quibdó, a small town in Choco, which had gotten itself ensnared in the conflict and isolated from most investment.

I got the perspective of Alfgonso Gomez, the CEO of Telefonica-Movistar, who estliabhsed a call center in the area.

I also interviewed a manager named Raquel, who described the scope of the operation: “I feel personal satisfaction in seeing how we help people, how we contribute to their lives.”

Most exemplary of the newfound opportunity in this isolated town was the perspective of worker Jennifer Quejada: “I had never I had never been able to give my son a birthday party before, so the first gift that I gave him was a birthday celebration with all his friends and lots of presents. Working here has been a wonderful experience.”

To learn more about Dorst MediaWorks video productions for organizations that do good, check out some of our videos for nonprofits, government agencies, and other international organizations.