August 29, 2018Behind the Scenes, Field Production, Videos for International Organizations

One of the benefits of making a video in Vietnam is elbow room.

I’m flying Ho Chi Minh City to Hanoi, reportedly the busiest air traffic route in the world, with 20 daily flights. Our 787 Dreamliner must seat 500 people, and there’s not a free seat in sight. But far from cramped, I feel fine. 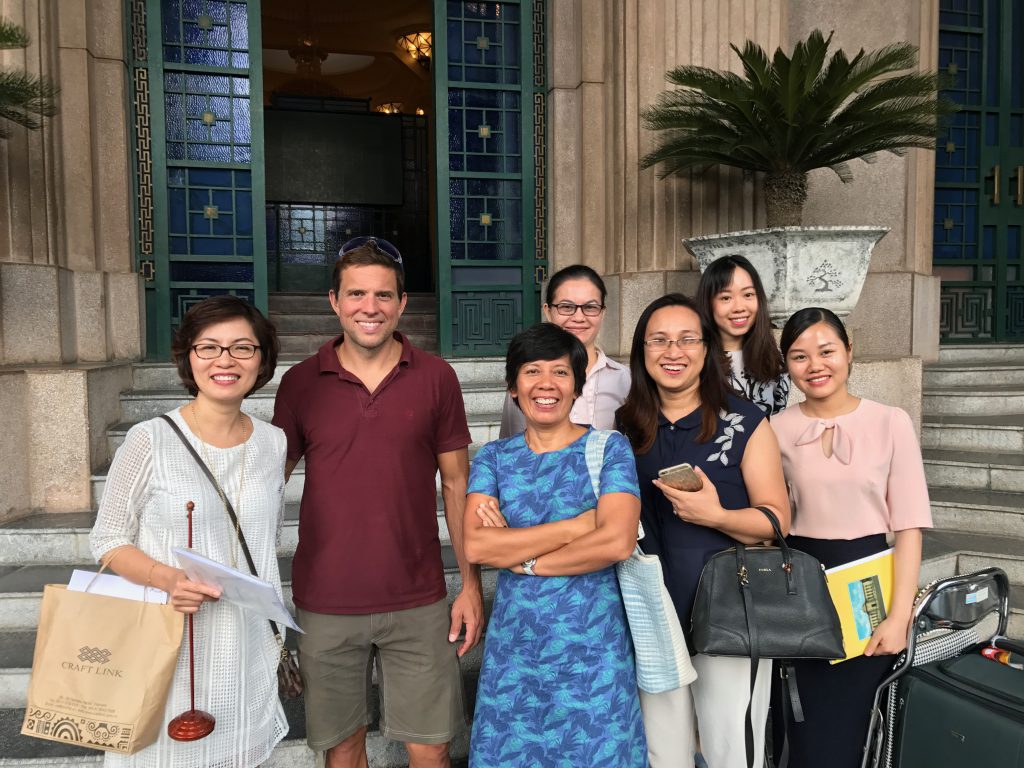 I’m in Vietnam to make a series of short documentary videos for the International Monetary Fund to chronicle their cooperation with the Vietnam Government. It’s a bit of a success story, with millions of people escaping poverty in the last generation alone.

One of our first stops is the National Economics University, where in addition to interviewing the director, I visit some classes and talk with students.

Smart and bilingual, these 20-year-olds couldn’t have timed it better. They’re coming of age when Vietnam is opening up to the world.

They are a testament to how the country’s strong education system is positioning it well to take advantage of the opportunities that are brimming in the world’s biggest regional economy, which stretches across southeast to east Asia and represents half of global production.

How far they’ve come! It’s insane to consider is that their parents very likely suffered through the famine of 1984, and their grandparents endured the “War of American Aggression.” Their great-grandparents resisted the French occupation as subjects of French Colonial Indochina.

Life is changing fast here, but these young adults are not looking back. They’re practical, motivated, and good-natured.

One of their dream jobs is working for Samsung, which has hired more than 160,000 employees in Vietnam and is set to export $50 billion worth of phones, TVs, and other goods this year alone.

After the Government’s sound economic management, such foreign direct investment is the single biggest factor in a resurgent economy.

Anna Saigon, 5 stars on trip advisor, is bubbling with internationals. Shaking beef (bo luc lac) and pork chops are the stars, and the Bia Saigon beer is light enough to down two at a time (ummm, it’s hot and humid here, don’t judge)! 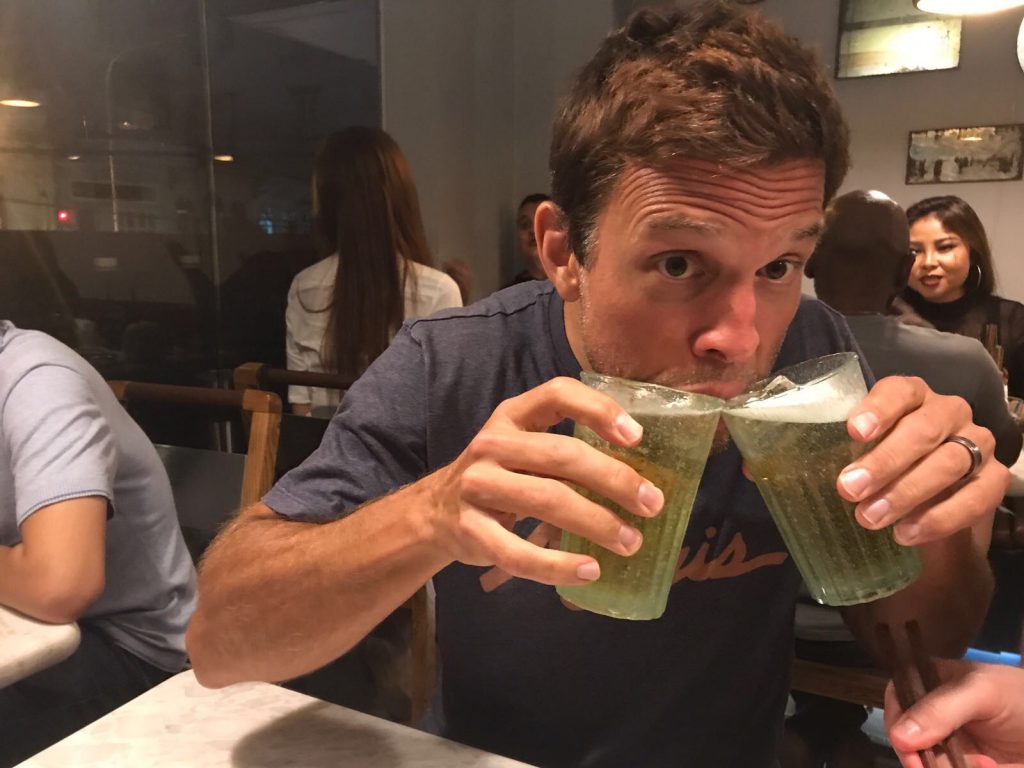 The next day, back in Saigon, we hit up Sax N Art jazz club, which has an international cast of legit jazz artists. Sebastien is on keys and trombone — sometimes both at the same time! He stole the show, but hey, as a a pianist, I’m partial. The owner, Tran Manh Tuan, is on a multi-country tour. A prominent jazz saxophonist, he’s created something special here in the heart of Ho Chi Minh City.