In early 2015, the Kaiser Family Foundation asked 1,500 Americans the same question. The average answer was 26%. In the same poll, a majority of Americans thought we spent too much on foreign aid.

The Wikipedia link breaks it down by country, which is incredibly instructive. Certain conflict-prone countries are getting a lot of our attention and money. One way to look at it is that this table reflects American priorities to help alleviate extreme poverty and help assist conflict-affected countries. Why do we do it? A combination of moral and self-interest, which is perhaps beyond the scope of this blog.

But whatever our reasons, it’s hard to make the argument that it’s a waste. It literally is an incredibly small investment to help some of the poorest, war-torn countries from getting worse. 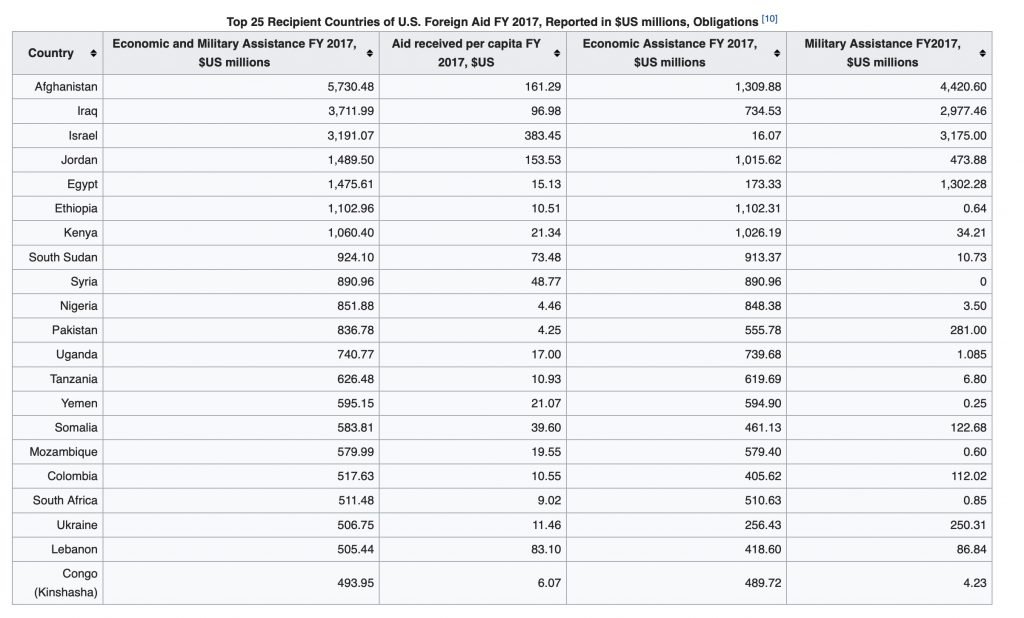 USAID is a force for good

We at Dorst MediaWorks are proud to have produced USAID videos on four continents, including recent USAID video productions in Ethiopia, Ghana, Haiti, and Lebanon.

Typically large USAID subcontractors will hire Dorst MediaWorks to execute the video production and photography components of projects. We travel in country for filming and photography, and then work with project teams back in Washington DC to tell the best stories.

This is the story of Rabih, who struggles to make a living as a fisherman before buying a new boat and building his business. And the microfinance institution Al Majmoua, which is extending loans to rural entrepreneurs in Lebanon for the first time.

Dorst MediaWorks produced this USAID video for USAID subcontractor International Executive Service Corps. Since 1964, IESC has worked in 130 countries and helped to create or save over 1.5 million jobs.

Over multiple years, Dorst MediaWorks has produced 17 videos for IESC. Here they are:

This is the story of Hermine, one of many Haitians working hard to recover after 2010’s devastating earthquake. Hermine works at a clothing factory. When hercompany receives a grant from USAID to help expand operations, she is promoted. Today, she’s making progress in her dreams of building a house and helping her son pursue his education.

Dorst MediaWorks produced this USAID video for USAID subcontractor Nathan and Associates. Nathan is a private international economic and analytics consulting firm that works with government and commercial clients around the globe. It was founded in 1946 and has 40 program offices around the world.

This is the story of Rita Dampson, a shea butter entrepreneur in Ghana who has built her cooperative up to more than 1,000 village women. USAID and the Global Shea Alliance partner to connect women from 21 African countries to the global marketplace.

This is the story of Sara, a fashion designer from Ethiopia. Not long ago, she had seven employees and was struggling to turn a profit in the local market. Today she has more than 400 employees and her designs appear in major retailers such as J. Crew. What was the difference? The support of USAID.

If you want to watch more of Dorst MediaWorks video production for USAID, check out our USAID YouTube playlist. USAID is a force for good in the world. We’ve seen it first hand.