We’re proud to announce a new part of our business: animated explainer videos.

For more than 15 years, Dorst MediaWorks has specialized making documentary-style live-action videos for institutions that do good—primarily stories about sustainable development, environmental conservation, and humanitarian relief.

How did animated explainer videos get so big?

Explainer videos have caught on in a big way. One reason is they help you illustrate complex concepts in a succinct way.

In our clients’ world, the Girl Effect video gave birth to the genre in 2008:

A lot of our counterparts at USAID, the World Bank, and major international nonprofits loved that video, for its dynamism, colors, and upbeat music. At the time, it was novel and fun to watch. But it ushered in a lot of copycats.

We resisted for a long while. After all, who wants to read their videos? What’s the point of that?

Our clients kept asking us to get in the game.

Why? A lot of the same creative process of a documentary video is what’s necessary to produce a good animated explainer video – including creative concepts, concise scripts, attention to detail, and audio mastering that makes the visuals come alive. 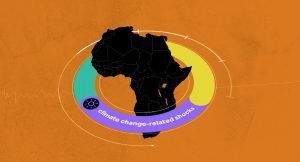 But it wasn’t until I understood that animated videos are superior to documentary-style —  in some cases — that Dorst MediaWorks made the leap. I was meeting with the head of communications at a major international nonprofit. “In some stories, we prefer to protect people’s identity,” she explained. “And in others, we just don’t want viewers focusing on what they look like. Their race or nationality shouldn’t obscure the message.”

This was definitely the case for our most recent animated explainer video that we produced for the World Bank Group. The objective was to inspire African leaders to unite and invest in making Africa’s food systems more climate-resilient.

The problem was, Africa has more than 50 countries. So, if you’re using real people in a video, which countries do you represent? In this case, it was crucial not to show specific faces, which would suggest failures or famines in individual countries. Solution: animated explainer video.

Be original, not a commodity, with your animated explainer videos

The problem is, there’s a lot of low-end animated videos out there. They have two-dimensional stick-art and off-the-shelf design elements. Over time, not much seems original. It’s a bunch of copycat, commoditized videos. And for that reason, people don’t watch them.

In many cases, the design and animation look a lot like children’s cartoons, which doesn’t work for our clients. Their topics are climate change, international development, and humanitarian relief. Taking your message out to the world dressed up like a cartoon runs the risk that viewers won’t take your message seriously.

So our solution is to always come up with completely original design. We also favor original, unpredictable animation in a 3D space. The goal is to keep viewers tuned in. Hopefully, they’ll stick with us and learn a thing or two along the way.

It’s the same strategy as our documentary-style videos: we aim for cinematic visuals that keep people watching.

What does an original animated explainer video cost?

We position our animated explainer videos on the upper end. Yes, 3D animation costs more, because the development consists of several phases of design, modeling, texturing, lighting, and rendering.

Our animated explainer videos start at $10,000 for 60 seconds, with the promise that the final product will be one-of-a-kind. So, when it’s time to make an explainer video and it’s important for it to be unique, consider giving us a call.

4 thoughts on “Introducing: Epic Animated Explainer Videos for Nonprofits & Organizations That Do Good”